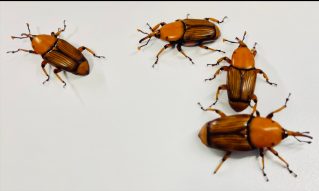 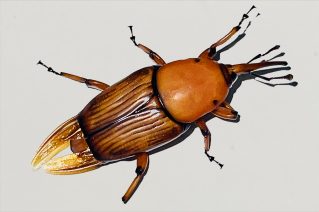 The UAE is a prime location to investigate how organisms adapt to an extreme environment in terms of temperature and aridity. The global temperature increase suggests temperate regions could experience the UAE's current conditions in the near future. How and if organisms will adapt to the massive global increase in temperatures and aridity remains unknown, especially over the short time scale predicted by climate change models. A possible approach to address this question is to study species that have rapidly colonized extreme environments. The UAE's environment is impacted by the presence of 146 invasive species on its soil. Some of these invasive species have disrupted the ecosystem function, imposed a high cost on the economy, and threatened the country's food security.

The team investigates rapid adaptation to extreme environments in two invasive species that pose considerable threats to both the environment and the economy of the UAE, the red palm weevil and the mesquite tree. The red palm weevil (Rhynchophorus ferrugineus), a pest of the date palm, an essential crop of the UAE, harms the cultivation of all species of palms across the globe. The source population is believed to have originated in South East Asia, and it is predicted that its expansion will continue and affect more regions of the globe. The mesquite tree (Prosopis juliflora) was introduced from Central and South America into many regions of the globe due to its resistance to many environmental conditions and fast growth rate. Where it was introduced the mesquite tree has become invasive and has severely disturbed local environments.

Studying these invasive species in the UAE and their region of origin will provide a trove of information for applied research to control or eradicate them from the local environment.

We are conducting a research program on these two species using the same experimental and analytical framework. Our general research goal is to determine: