Besides attending classes, NYU Abu Dhabi students devote hours each week to conducting student organization meetings, coordinating community service projects, and leading other initiatives to better the lives of their peers and members of the Abu Dhabi community. In late April, our students took a brief pause from their various endeavors to celebrate their leadership contributions at the first annual Al Khayr Student Leadership Awards Gala.

Sixteen awards were presented in 12 categories, including Fostering Dialogue, Sustainability, and Entrepreneurship. Nominations were accepted from NYUAD faculty and staff, as well as students who wished to recommend their peers. After reviewing some 110 nominations, the committee — comprising staff, students, and faculty — determined the finalists for each award, with the winners announced during the gala.

The idea for the awards and gala was based on my own experience at Ohio University, my alma mater. I remember the feeling of seeing my friends and other student leaders receiving leadership awards — as well as the feeling of winning one myself. As the University's residence director, I resolved to bring that feeling to NYUAD's students too. And with the support from the University, we now have the Al Khayr awards as a cherished annual tradition.

The Arabic term Al Khayr means "good," which each of the award finalists and winners has exhibited in their time at NYUAD. Winners took home award statuettes; miniature versions of Sama Tower to serve as a reminder of our beginnings before our big move to the Saadiyat Island campus.

Sustainability: Ecoherence (All of the nominees) 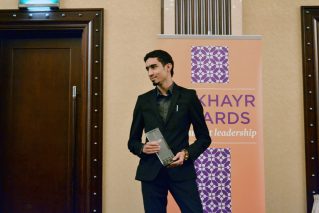 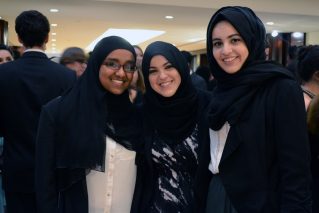 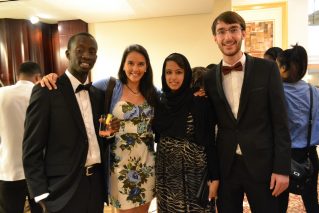 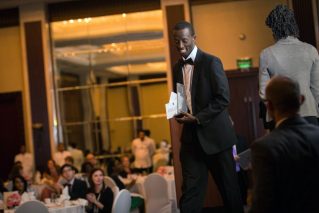 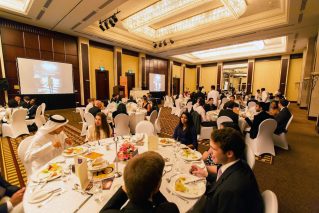