NYU Abu Dhabi students come to the UAE from all over the world with different perspectives, experiences and interests. But after living in Abu Dhabi for four years, many students across disciplines become invested in the region and choose to focus their final project — the Capstone — on an issue particularly relevant to the UAE.

Capstone project: My biology research project seeks to find out what bacteria are present in the poo of falcons while the short documentary follows the falcons of Royal Shaheen Events, Dubai, as they take to the skies and are trained using remote controlled planes.

Motivation: Initially, I wanted to have a science project that looked at a whole animal component and something that I could show and share with others. Since we were in the UAE, the obvious choice was to study falcons. I was inspired to document the stories behind the falconers and their beautiful falcons after experiencing their kindness and hospitality.

Since we were in the UAE, the obvious choice was to study falcons. I was inspired to document the stories behind the falconers and their beautiful falcons.

Conclusions: My experiences introduced me to a number of wonderful, passionate people whose love of falconry was infectious. It changed my perspective on living heritage and gave me insight into what it is to be a filmmaker, scientist, and falconer.

Capstone project: My research is about understanding the diet of coral reef fish in the Arabian Gulf and how it might be affected by extreme environmental conditions like high temperatures and large temperature fluctuations. Where dietary studies have relied on traditional microscopic or in situ bite observations, we took a metagenomics approach that has not been used in this region before. We sequenced the DNA from the stomach content of three coral reef fish species and examined how stomach items varied across seasons.

Motivation: I was interested in working with John Burt, associate professor of biology, on something related to the region and its ecology and had always wanted the opportunity to do research in genetics or genomics. Professor Burt suggested a collaboration with Youssef Idaghdour, professor of biology, and my research was born.

Conclusions: We've been able to form an accurate account of what these fish are consuming and have shown that the diet varies across seasons.

Capstone project: My art exhibition, "Here’s What They Think of Me," conveys not only the positive stereotypes but also the more challenging stereotypes I've come across in my life. This art project encompasses a series of staged photographs which acts as a tool to challenge these stereotypes; the images are exaggerated so that it is, I hope, obvious to the spectator that what is depicted in these photographs is unrealistic.

Motivation: As an Emirati, what I sometimes find troublesome is that several stereotypes can potentially feed into my identity as an Emirati woman. This project will allow me to take that first step into solving misconceptions — to start a conversation.

I chose to be present at the exhibition. I saw people's reactions, answered questions, and had stimulating discussions.

Conclusions: When wanting to solve complex issues, we tend to look for more complex ways to solve them. I strongly believe that in order to conquer something so multilayered, we need to take a step back and look at things from a simpler perspective. This is why I chose to be present at the exhibition. I saw people's reactions, answered questions, and had stimulating discussions that resulted in amazing outcomes.

Here's What They Think of Me 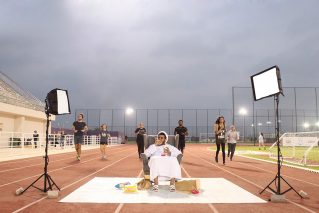 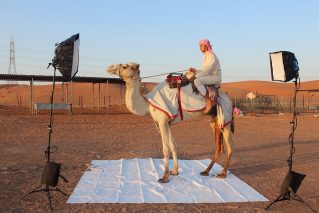 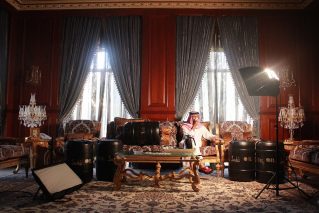 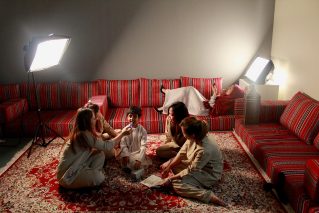