Holding the tiny raisin between two fingers, I prepared myself for one of the most challenging exercises of my academic career. The premise was simple: describe the food in front of you — its taste, smell, texture, and appearance — and yet, I found myself utterly at a loss. What might be the proper words to describe a raisin? The only response my scrambled brain could muster was "raisin-y," and I had a feeling that this vivid description probably wouldn't suffice. In my whole life, I'd never thought I'd feel so confounded and challenged by a piece of dried fruit.

While I'd had practice with writing exercises in the past, I'd never encountered one that required so much energy to be concentrated on such a small (and fruity) object. For 15 minutes, our professor had us roll the raisins around in our mouths and write down any fledgling thought or paltry observation that came to mind. The whole class sat in silence as we sampled our raisins, our eyes closed in order to erase any potential distractions (such as the sight of 16 confused, frowning classmates in befuddlement, trying to figure out how one might write an eloquent and moving description about a wrinkly grape).

These mental puzzles were typical of our class, Food in the Global Kitchen. Throughout January Term, our professor introduced hands-on activities and fieldwork experience in order to help us develop useful reporting skills. From observing the inner workings of a local teashop to describing each miniscule groove of a raisin, our class learned how to be attentive, quick-thinking, and articulate — characteristics that are not only key for journalism, but also for any other aspect of academic writing.

Our studies around this real-world experience also dispelled the belief that food is something only to be consumed, teaching us the true political and cultural weight that it can hold in a society. We learned how food is manipulated as a political tool, how it can act as a source of nationalist pride, and even how it may spark conflict among people. By changing the way we think about food, the course also forced us to re-examine our assumptions about the people who cook and eat it and, consequently, their cultural customs.

During my first semester at NYUAD, Abu Dhabi was the metropolitan equivalent to that acquaintance you see in the hallway — the person you always greet, but never truly get to know. Thanks to my J-Term class, however, I was able to submerge myself in the city, discover the nooks and crannies of its food scene, and interact with some of the locals. My final project for Food in the Global Kitchen, for example, led me to Al Mina Port, where I met and talked with Abu Dhabi fishermen, perused the rickety dhows in the harbor, and endured the questionable smells of the fish souk.

Even outside of class obligations, I found myself discovering more and more of the city. January, for me, was the month of walking. Aimless two-hour strolls through the city were sprinkled with an occasional walk on the Corniche or a five-minute venture to the nearest falafel place. With the beautiful Caribbean-esque weather, it was easy to simply leave the University dorms with a friend, choose any random direction, and see where my new path led.

Thanks to my J-Term class, I was able to submerge myself in the city, discover the nooks and crannies of its food scene, and interact with some of the locals.

My fellow classmates also studying in Abu Dhabi for J-Term — 18 courses were offered in the capital this January — seemed to share these opportunities for exploration. Angelina Micha-Djaja, NYUAD Class of 2016, mentioned that many of her favorite moments during J-Term involved the trips she took with her class, Bridging the Divide Between the Arab World and the West. Throughout January, Micha-Djaja was given the chance to visit the Sky Arabia news center as well as meet with The National's editor-in-chief. As for the class itself, Micha-Djaja said that discussions were revealing, surprising, and informative: "We talked about world issues, such as the Israeli-Palestine conflict. It was really interesting to see varied reactions from people with different backgrounds. Afterwards, we compiled a 10-lesson-type document detailing ways to bridge the divide, which was published on the Arab-American Institute's website."

Davit Avoyan , NYUAD Class of 2016, also developed a more intimate connection with the city. For his class, Photographic Practice, he delved into the city in order to find subjects for his photographs. "We had to get out of the Sama Tower bubble to meet locals, make acquaintances, and socialize with them before we could shoot them. After the class, I took the photos I liked back to my subjects."

Because J-Term courses are so intensive, it is common for students to enjoy a more hands-on curriculum. With his class, Designing Abu Dhabi, Krishan Mistry, NYUAD Class of 2016, was granted several opportunities to engage with professionals in the field. "We worked on a brief for Virgin Galactic, which asked us to envision the future of space travel and Abu Dhabi's role in it. It was amazing to be given an unbridled creative role with such a major company."

Even among the amazing opportunities my class offered, such as touring Environment Agency — Abu Dhabi and meeting a correspondent for The National, my favorite moment of J-Term was perhaps what seems a pretty anticlimactic one: a spontaneous venture through Abu Dhabi's public bus system. Taking a simple bus ride may be something mundane to many, but as I stood squashed in the ladies section of the Marina Mall-bound bus, trying to stay balanced and discovering a whole new appreciation for fresh oxygen, I finally felt like an Abu Dhabi local.

NYUAD's already snug community became even tighter over J-Term. With old friends leaving and the influx of returning juniors, students met and interacted with new people. This, coupled by the bountiful free time bestowed by one-class schedules, led to emerging friendships and new individuals with whom to explore the city. Meeting well-travelled juniors was helpful in sketching out my study-abroad plans. And it was useful to hear the different experiences that they'd had — I found their firsthand accounts to be extremely helpful.

While traveling abroad is certainly appealing, I found my January in Abu Dhabi to be chock-full of fresh faces, academic opportunity, and fulfilling exploration. I'm sure my other J-Term Abu Dhabi classmates, who embarked on trips to Sri Lanka, Oman, and even the occasional camel race, would agree. 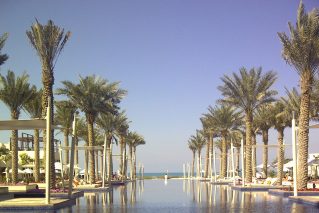 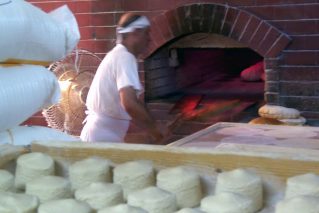 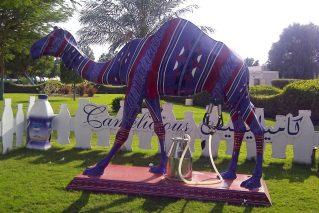 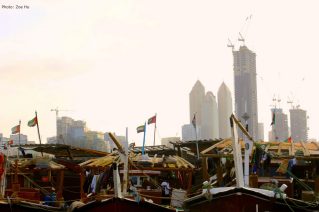