The crack of the gun marked the opening of the Limassol Marathon, held on March 24 in Limassol, Cyprus. Taking off from the seafront of Molos, 19 runners from NYUAD — nine students and three staff members in the half marathon and seven students in the full marathon — ran along the spectacular coastline of Limassol, known to be the birthplace of the goddess Aphrodite.

"Running along the edge of the Mediterranean, past the city and along the coast line was spectacular. There would be roman ruins on one side and the sea on the other; very picturesque," said NYUAD junior Alistair Blacklock.

"I felt incredibly lucky to be running in such a beautiful place — sometimes you just connect with some greater spirit and you feel so alive," said freshman Louis Plottel, who clocked the fastest half marathon of those in the NYUAD team with a time of 1 hour and 40 minutes.

Along with Plottel, several other NYUAD runners were recognized for their accomplishments. Sophomore Jaen Ocadiz-Flores placed first among the NYUAD team in the full marathon, finishing in 3 hours and 33 minutes.

The sense of community and friendship that comes from hours of training together, running up and down the Corniche and facing all sorts of soreness and blisters together, is something that lasts far after the race is over.

Rather than simply a physical race, however, the marathon for many was an internal battle of perseverance and willpower. Freshman Tamara Sanchez-Ortiz described the half marathon as a race against herself. "The hardest part was watching people a lot older than myself and parents with strollers pass me. It was really hard to see them passing, but I remembered to keep at my pace. I wasn't racing anybody, I was just racing myself and if I tried to push myself too fast too soon, I knew it was going to come back to haunt me in the second half," she said.

Overcoming their battle against pain and exhaustion, the NYUAD runners crossed the finish line, welcomed by rejoicing team members. "The sense of community and friendship that comes from hours of training together, running up and down the Corniche and facing all sorts of soreness and blisters together, is something that lasts far after the race is over. In Cyprus, a moment that really illustrates this was at the finish line. The whole group was standing together, cheering and jumping up and down every time one of us appeared on the horizon to run the last couple hundred meters to the finish line," recalled freshman Clare Hennig.

Following the race, the runners were rewarded with the opportunity to sightsee around Limassol, visiting Kolossi Castle, the amphitheater of Curium, and the wine village of Omodhos where they toured the Linos grape press museum and tasted freshly baked traditional Cyprus bread.

"I had an amazing time traveling and I discovered how sports and travel can be combined," said Plottel.

After a memorable time in Cyprus, each runner returned to Abu Dhabi not only with a medal, marathon T-shirt, and Participation Diploma, but with greater ambitions. "I gained confidence in my running abilities — I can run for hours and survive! This really sparked my desire to continue running and participate in more races," said Hennig. 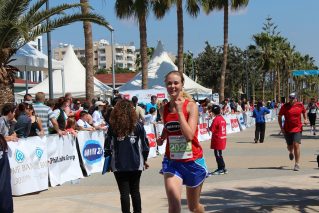 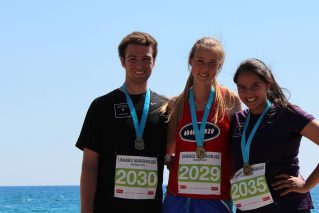 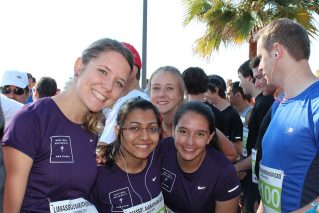 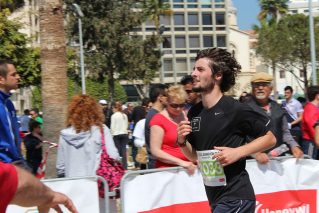 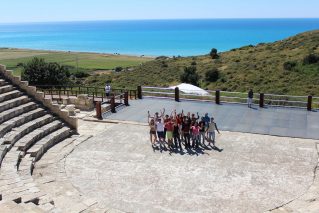 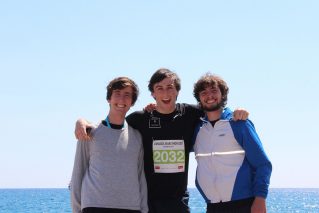 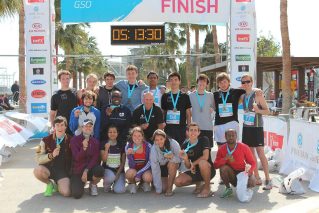