Two hours, one minute, and thirty nine seconds. That's how long it took for Eliud Kipchoge to complete a full marathon (ie 42.2 km) in Berlin, becoming the first person in history to go under 2:02 on a record eligible course.

To put that into perspective, it meant running a regular outdoor track at an average pace of just under 70 seconds per round. Over 200 runners within 12 teams participated in the attempt to break the record of the reigning marathon champion at NYUAD’s Katching Kipchoge relay race.

It was no easy feat despite being a relay event but "teammates tirelessly worked and supported each other in achieving a common goal, while gaining a true appreciation for what Eliud Kipchoge accomplished," said Assistant Dean of Students and Director of Athletics Peter Dicce.

Jakob Plaschke, Class of 2020 who was part of the  NYUAD Running Club added, "My biggest challenge was to get through all the rounds without taking breaks... but I focused on taking one run at a time and getting through them all." 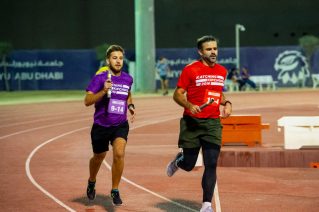 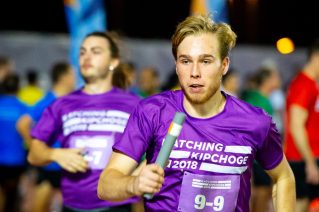 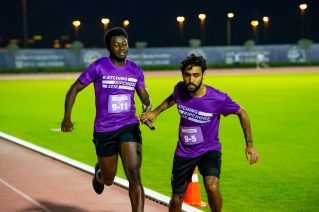 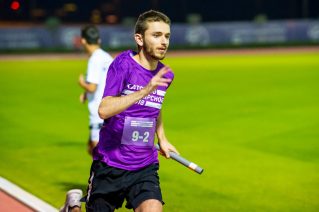 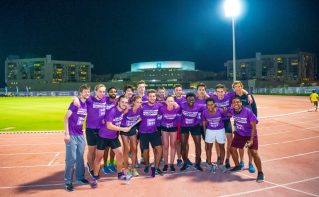