A family of artists and curators led Senior Ryan Choi to a major in the arts, but his Capstone Project was not as clear cut.

Instead of doing an art history thesis for his Capstone Project, fourth-year student Ryan Choi chose the less conventional path of curating an exhibition. “I am personally more interested in contemporary art and curating the art market,” Choi said.

Choi was raised in a family deeply rooted in the arts — his father is a painter, while his mother is an art gallery owner. He knew early on in his first year that he wanted to major in art and art history.

The exhibition was centered around the notion that repetition and accumulation of finite actions lead to a limitless and universal dialogue. All three artists’ intended messages are derived from repetitive actions during the process of creating their work. 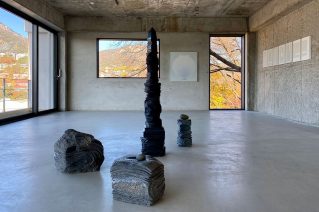 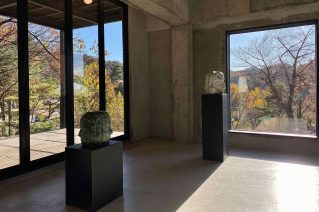 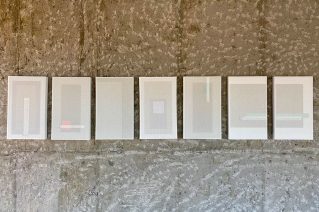 Introduction to the Curatorial World

Choi took advantage of his semesters abroad and took unique courses that are only available in those locations. Certain classes such as Museums, Art and Society, or Modern Art in the Arab World taken around the world offered him a different perspective on the field. A particular course Choi had taken during his first year had opened up the possibility of the curatorial world.

The South Korean student was pleased to find the course Curatorial Practice by Associate Professor Practice of Art History Salwa Mikdadi being offered during his first year.

Curatorial studies as far as I know is not really offered in the undergraduate level. It was a great opportunity to work on a curatorial project and create an exhibition together (as a class).

That course benefited Choi during his Capstone Project as he recalled his hands on experience in starting the research process of coming up with a theme, contacting artists, choosing the works and even ways to install the pieces.

The art and art history major planned to curate the exhibition in the project space at the Art Gallery at NYU Abu Dhabi. But the decision-making behind his Capstone Project was not as clear cut due to the pandemic. As a safety measure by the University, Choi had to return home to South Korea to complete the rest of his semester remotely. It dawned on him that his Capstone Project preparation for the past 16 months was not going to work when he cannot physically be in Abu Dhabi.  Instead of getting frustrated with the situation, Choi went into planning mode right away. “I realized how staying home for the final semester could actually be an advantage where I could approach some local galleries to hold my exhibition instead,” he said. It all worked out in the end.

More Than A Stack of Papers