Themed A Bridge, the new program looks to bring audiences both locally and internationally closer together in the current climate

This new approach comes off the success of its innovative series Reconnect. which responded to the global pandemic and saw 27,000 people around the world tune in to watch streams of past performances and live Q&A sessions with artists. This fall, The Arts Center will launch its sixth season conceived fully for a physically distanced environment, exploring new ways to bring audiences, artists, and the UAE arts community closer together.

This year the season theme is dedicated to Abu Dhabi’s interconnected islands. Titled A Bridge, The Arts Center plays a role in linking curiosity and inspiration, connecting the University with the Capital of the UAE, and joining UAE with global audiences.

Season Six will also include Off The Stage - an array of interactive events delivered as part of each artist’s virtual residency.  From workshops in dance and theater-making, to online career chats, and intimate online meals with the artists, Off The Stage programs are central to The Arts Center’s commitment to connecting artists to, and expanding the knowledge and experience of, the wider community.

“When distance becomes a condition of performance, it raises challenging constraints, but The Arts Center is in a strong position to respond with innovation and creativity. The depth of the relationships we have with artists has allowed us to work with them to think beyond sharing archival videos and truly re-imagine how live events work when not staged in a physical venue. Throughout Season Six and with our Off The Stage program, we are investing in performances and experiences that connect thousands of people at the same time, as well as creating moving events for audiences of only one or two people.”

Eric San, a.k.a Kid Koala, world-renowned scratch DJ, music producer, and award winning graphic novelist, provides a live soundtrack to make the most amazing robot costumes and get your robot grooves on - a fun virtual playground for kids and their grownups.

A collaboration between live artist Tania El Khoury and musician and street artist Basel Zaraa, As Far As Isolation Goes (Online) takes it inspiration from earlier work, As Far As My Fingertips Take Me, re-imagined as an online experience to create a microtheater piece which explores the mental health of asylum seekers through one on one Zoom performances.

Played out with just two people via a phone call, this is a new type of theater, designed around physical distancing guidelines. A Thousand Ways: Part 1 is an enthralling, imaginative, and profound social experience from one of the world’s most acclaimed theater companies, and the first part of a planned trilogy.

A collection of shorts set in a series of unique, unconventional settings. Wander the empty corridors of the world's largest shopping mall; visit the unmarked grave of an 18-year old Hells Angels victim; explore the greatest pet cemetery in the world; watch fog envelop iconic San Francisco streets; and spend a moment after midnight at Louis Armstrong’s kitchen table. Discover these unique experiences through a set of shorts from the hands of New York-based documentary filmmaker Sam Green, a virtual artist-in-residence co-commissioned by The Arts Center to create his next live cinema documentary, 32 Sounds.

Presented as part of the UAE-Korea Cultural Dialogue in partnership with The Korean Cultural Center and supported by the Korean Foundation for International Cultural Exchange, this Middle East debut is a powerful example of The Arts Center’s contribution to the UAE’s cultural diplomacy.

Audience favourites such as Rooftop Rhythms, Hekayah | The Story, and CinemaNA screenings all return in fresh and exciting online formats, allowing audiences to engage with both the content and the artists. 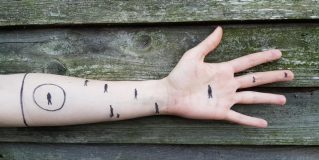 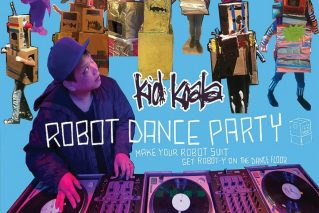 Bill Bragin continues: “These are not normal times, but as we head towards our sixth season, we are excited for audiences to experience these new forms of performance.  We are embracing the unknown, and are eager to explore new modes of engagement with our artists and audiences. The purpose of The Arts Center - to create a bridge between arts communities in Abu Dhabi, the UAE and the rest of the world - has never been more relevant, as the global arts community reacts to the shifting demands of performance.”

Winners of The Christo and Jeanne-Claude Award 2020 Announced