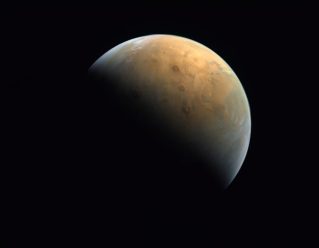 Welcome to the Mars Research Group at NYU Abu Dhabi’s Center for Space Science. The group is led by Dimitra Atri and K. R. Sreenivasan. The group is interested in the atmosphere of Mars, its surface and subsurface chemistry, and exploring its present and past habitability. The main research areas are:

Students and researchers interested in working with the Mars Research Group should contact nyuad.spacescience@nyu.edu for more information.