NYU Abu Dhabi students have returned to the UAE following a historic, immersive 10-day course that enabled them to witness Brexit as it continues to unfold in Britain and across Europe.

Taught by American political consultant and best-selling author Frank Luntz, Europe in Crisis: Brexit and the Future of the EU, was held in London, Brussels, and Paris. Throughout the course, 16 students interacted with former prime ministers including Tony Blair and key politicians such as Michael Gove to delve deeper as Britain renegotiates its relationship with the European Union.

The Europe in Crisis class at NYU Abu Dhabi not only saw history happening, but they learned about it from the people making it happen.  It's hard to say what was more significant: meeting with two former UK prime ministers, interviewing the top advisors to the French President, or directly questioning the senior Brexit negotiators.  From touring 10 Downing Street at the very moment Prime Minister Teresa May is considering stepping down to delivering the news personally to Tony Blair that Parliament had rejected the deal, it was a class in politics, communications, and history like no other -- and an unprecedented experience for the 16 students from 14 different countries. 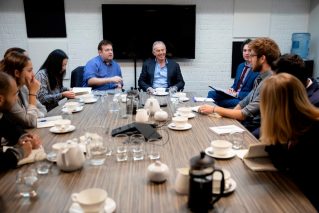 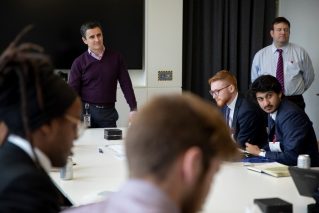 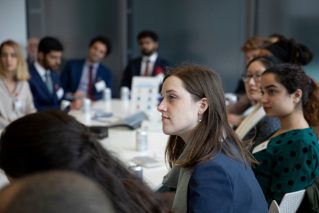 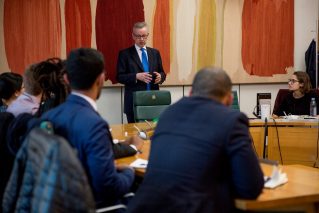 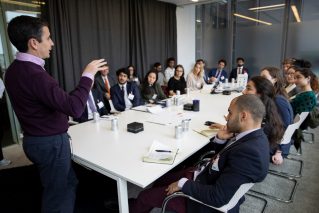 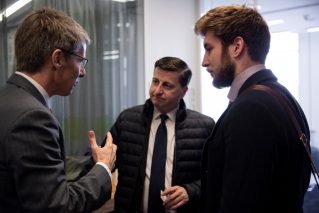 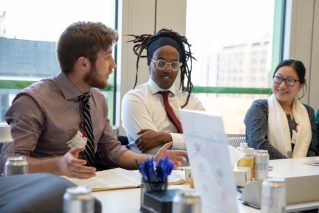 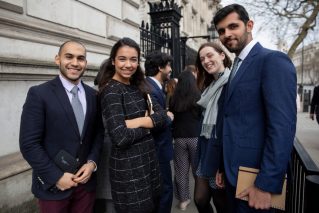 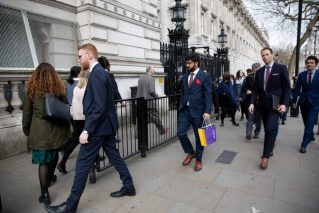 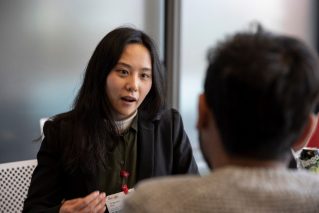 Taking this course has been a transformative experience for me. I believe that it essentially boils down to three things. The first thing was the setting and its relevance to the topic; we got to study Brexit and its relationship to the EU in London, Brussels, and Paris. The second was the special privilege that we had in meeting high profile speakers. The third and last thing was the class structure and dynamic; Professor Luntz allowed us to lead discussions and voice our opinions in every class.

Miren Salazar, Spain, Class of 2019, majoring in Political Science with a minor in Chinese, said: “The course on Brexit has provided me with the widest range of opinions I have ever been exposed to in any given topic. It has humanized the side of the argument that I thought was ‘wrong’ and problematized that which I thought was ‘right.’ These conversations have exposed me to the challenges the continent could face moving forward. It is only with a holistic understanding of perspective and an awareness of the challenges that we can address issues like Brexit, and this course has provided us with both fundamentals.

Xinyi Mao, China, Class of 2019, majoring in Political Science, said: “This course allowed me to not only witness history exactly where it unfolds, but also to learn from the people whose decisions directly impacted Britain's history. Although the course is titled ‘Europe in Crisis,’ it is ultimately about democracy and civil trust in crisis in light of the rise of populism and division. During the ten days of the course, I had heated debates with my peers, my professor, and sometimes speakers around the fundamental values of freedom and equality. My own opinions were shattered, and rebuilt, then shattered again. What truly mattered was, I walked out of the class never more aware of the challenges we face, and never more ready to embrace my responsibility to solve them.”

January Term 2019: Beyond the Classroom

How to Have a Great Study Experience in Abu Dhabi