For 12 NYUAD students, spring break brought not just revelry but a chance to offer their time and talents to the Makindu Children's Center (MCC) in rural Kenya. The center, which provides education, health, and nutrition for more than 400 vulnerable children and places orphans with guardians in local families, served as gracious host to the visiting NYUAD students during their trip, introducing them to both the social issues and immense spirit of the Kenyan people.

Following a flight into Nairobi, the NYUAD group was transported to Makindu, located about five hours down Kenya's major highway between Nairobi and Mombasa. Dozens of giraffes and several monkeys were sighted during the drive, the first of many exotic encounters to occur in the coming days. The group was housed at a Sikh temple, where green walkways and Indian architecture stood in stark contrast to the red soil and savannah that is typical in most of Kenya. After settling in and enjoying a meal — cognizant of cleaning their plates due to signs reminding diners not to waste food — the team walked across the highway to the MCC and was greeted at the gates by the center's early education students who were eager to shake hands and share the songs and poems they had prepared.

Throughout the roughly two days spent working in Makindu and its surrounding area, the group was encouraged by the spirit of collaboration and positive change within the local communities. The center — founded in part by Cathy DeLong, NYUAD's CFO and associate vice chancellor for finance, budget, and IT — invited the students to visit several worksites with the MCC staff to participate in food distribution, conduct home visits with the guardians, and engage with children at the local school. "I was surprised by how far the communities had come in starting projects and improving their opportunities," noted Alyazia Al-Shaibani, NYUAD Class of 2014. "It made me rethink my preconceptions about aid and the complexity of challenges facing African communities."

Students witnessed yet another dimension of Kenyan culture during an overnight safari in Tsavo National Park. While it was difficult to reconcile the challenges of life in rural Makindu with the relative comforts of the tourist lodge, encountering herds of elephants and ancient lava flows from the top of a safari van was truly unforgettable. Still, the most enduring memories were made with the children. "Trying to help the children somehow was the best spring break of my life," said Besik Turazashvili, NYUAD Class of 2014. "One of the girls became like a daughter to me. I plan to contact the MCC several times a year just to see how she is doing." The last day of the visit was spent digging planting holes for a mango orchard (one of the center's income-generating projects), cataloging donated children's books, spending more time with the children, holding discussions with MCC staff, and evaluating the possibilities for future collaboration.

The University's visit to Makindu was just the beginning of what both institutions hope will become a long-term partnership. Since returning to Abu Dhabi, collaboration has already begun on projects, including the development of a database for tracking children's progress, the establishment of an endowment fund for the center, and the planning of internship and research opportunities for NYUAD students. 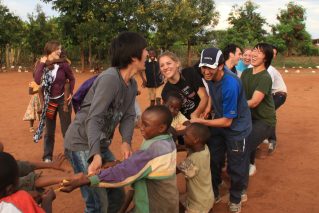 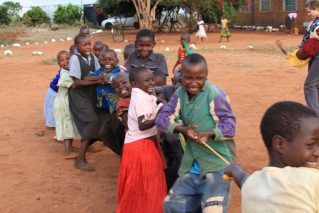 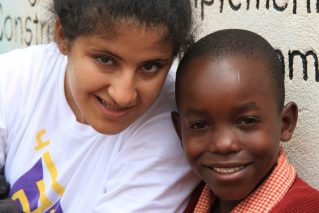 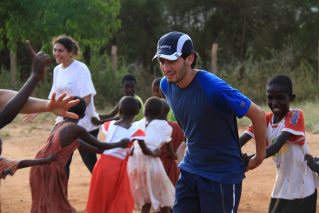 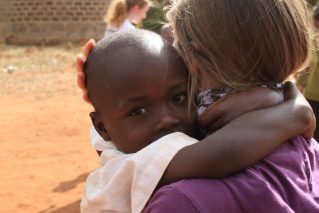 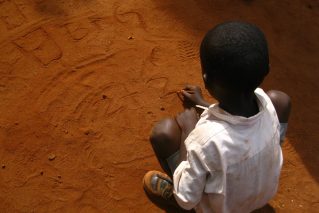 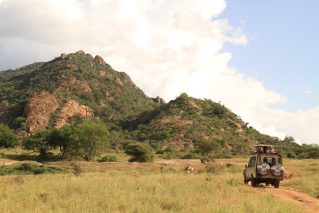