When it comes to music, Abu Dhabi has no shortage of big-name acts. Last month it was the Rolling Stones On Fire on Yas Island. In May, it will be Justin Timberlake’s World Tour that croons its way into the soundtrack of this city.

Homegrown, grassroots sounds, on the other hand, are harder to come by. Open-mike nights that are so ubiquitous in other major urban centers are rare here, or at least not as well promoted.

Since November, an NYU Abu Dhabi senior has been working to change this by organizing a monthly showcase of live music. Manuel Nivia's vision for the program, called AUHDIO, is to offer musicians and music lovers in the capital a way to interact. The fourth edition of AUHDIO was held on February 22 in a café at the Khalidiya area to a cheering crowd of music lovers and musicians. Bands performing that night were a mix of local and NYUAD students. Senior Albert James, 23, from the band HAN, was glad to be part of Nivia's final year project. "We need this because there's a lack of good live music here from local talent. It's a good initiative and I hope it will encourage people to pursue live music and bring a name to the UAE music scene," James said.

To secure these music locations, Nivia's approach has been simple. "I walk up and talk to the manager and asked if they liked my idea." They did.

Mohammed Alblooshi, an NYUAD freshman and singer who performed added, "I think this is amazing. Manuel has created this environment for artists to come and perform, and let people know about their music."

With so much positive feedback, Nivia hopes AUHDIO will continue after his graduation in May, and "that one day, it will be something that happens every night."

Nivia will not be alone in his pursuit. Nerses Sanassian, co-founder of White Cube, a community focused music studio which also promotes the local music scene in Abu Dhabi, said, "We have the same mission as Manuel – to vitalize the music scene here. With him graduating soon, we'd love to be one of the organizations to support him in continuing this project." Sanassian added, "Manuel has been fantastic at doing this, and it's quite obvious by the turn out of people who came to the event. He's doing things the right way, and connecting with musicians and their supporters."

The next session with AUHDIO will be happening at The Space Abu Dhabi on March 5 at 6pm. Visit AUHDIO's Facebook here for more details. 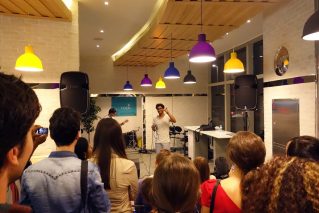 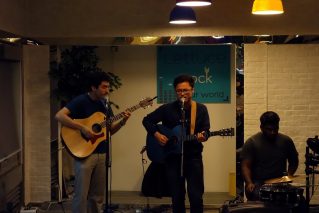 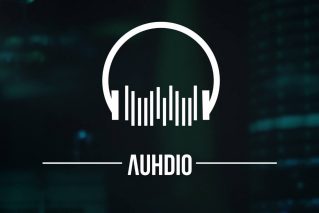