NYUAD is running circles around other universities, literally. Twenty-two students and seven faculty/staff members recently traveled to Jordan to participate in the 14th annual Dead2Red Relay Run, which took place from March 3-4. Forming two competitive groups of ten members each, they raced along a scenic route all the way from the Dead Sea to the Red Sea.

The venture began after Renee Dugan, NYUAD community outreach director, partook in the internationally recognized run last year. Upon mentioning the event to several members of the University community and seeing their enthusiasm, she enlisted the help of Associate Director of Athletics Wayne Young, who began a training regimen for interested individuals last December.

The teams were given 24 hours to complete the 242-kilometer night trek, which cut through the scenic landscape of the Jordanian countryside and included a hilly climb that started from the lowest point of elevation on earth. The University had two teams competing, NYUAD Black and NYUAD Purple, both of which crossed the finish line in Aqaba in under 19 hours. Finishing the race in 17 hours, 48 minutes, and 38 seconds, NYUAD Purple snatched the best time for an international team, coming in ninth place overall.

The race was an arduous endeavor, one which demanded much of us, not only physically but mentally. It was an incredibly challenging yet inspiring experience.

Beginning at 4pm on Thursday, March 3, the runners each ran an average of 24 kilometers, more than half a marathon, which included 1-kilometer legs, 3-kilometer runs, and even 200-meter sprints. Sahar Kazemini, NYUAD Class of 2014 commented, "I think it's important to recognize that there is no difference between male and female when it comes to the racetrack. We were all competing against ourselves!"

The race also undoubtedly strengthened the bonds of the NYUAD community. Spending the night either running alone in the darkness or trying to steal a few hours of rest in a cramped van, students, staff, and faculty members endured the physical test together. Electronic Resources & Public Services Librarian Beth Russell "really appreciated the opportunity to get to know the students…it was the most rewarding thing."

Not only a trial of stamina and fortitude, the race was also a way to encourage philanthropy in Abu Dhabi. Racers collected pledges from NYUAD students, faculty, staff, and even friends and family members back home, who donated volunteer hours based on the number of kilometers the students completed. Donors now have the option to complete their commitments at charities of their choice, allowing NYUAD to build relationships with organizations outside of the University.

Because of the positive experiences of the participants and the growing interest among nonparticipants, the Dead2Red Relay Run will hopefully be a staple in the Athletic Department's growing list of activities, allowing the NYUAD community to challenge itself while solidifying strong unions and generating a culture of philanthropy.

When asked if he would participate in the Dead2Red race next year, David Ponce, NYUAD Class of 2014 replied, "Given the human bonding relationships from relying on each other for hours and only being as strong as the weakest member of the team, as well as the feeling of personal accomplishment, I would. Yes, definitely." 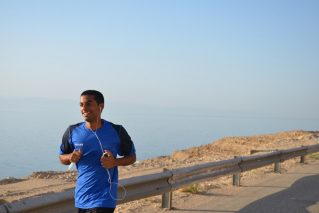 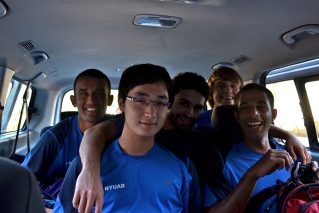 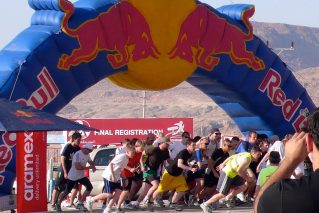 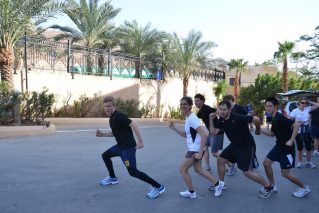 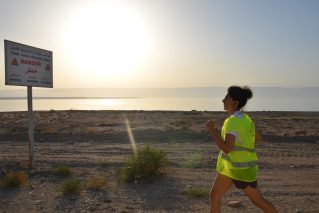 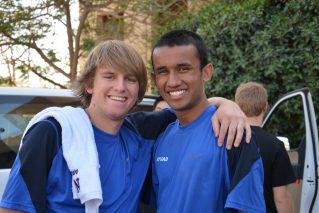 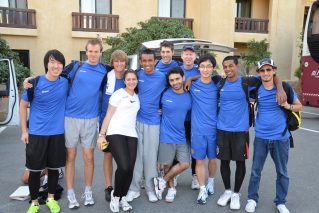 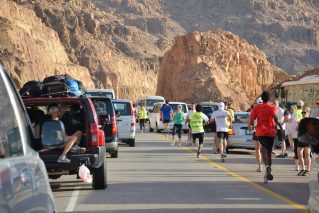