NYUAD's Adventure Club had their first outing this past three-day weekend, as 28 students headed to the mountains of Musandam, Oman. The group, which gathered for departure early on Thursday morning, took a bus from Abu Dhabi to the peninsula, a governorate of Oman separated from the rest of the country by the UAE.

Day one found the intrepid explorers sailing on a dhow, a traditional Arab sailboat. Some chose to dive from the dhow and swim to a nearby island, and were a bit shocked to find they were sharing the waters with some friends — tiny jellyfish and flying fish. The jellyfish, which were harmless, were about the size of a dirham coin, and the flying fish seemed to be unfazed by visitors and happily jumped around in the waves, at times surrounding the students.

After hours of swimming, snorkeling, and collecting seashells, it was time to try out some deep-sea fishing. A few luckless hours later, some sea creatures were finally caught…including three barracuda! At sunset, the dhow traveled back to its dock, and the adventurers trekked along the beach to set up camp for the night.

After a barbeque dinner and a campfire, the aquatic activities continued with a bit of night swimming in the hopes of seeing phosphorescent algae. The algae, which glow bright lime green, can only be found in a few areas in the world, so the swimmers braved the chilly water. They were not disappointed; the algae appeared only a few meters off the coast.

Following a night under the stars, the group awoke early the next morning for breakfast and a hike. The group traversed a mountain, arriving at the summit in less than an hour and a half. While some reveled in the sights from the mountaintop (and caught their breath), others chose to hike to a nearby, secluded beach. A few hours later, they returned to the campsite with only a few bumps, bruises, and scrapes as souvenirs from their experience.

Later, after a quick lunch at a traditional Arabic restaurant and a four-hour, homework-filled bus ride, the tired but happy adventurers were back safe and sound at Sama Tower. 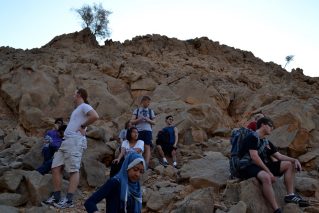 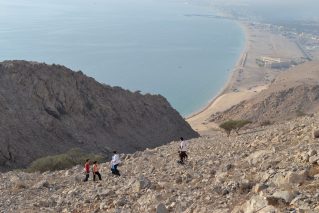 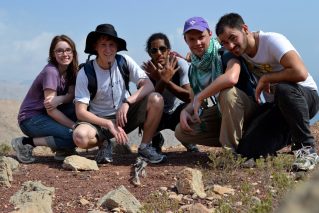 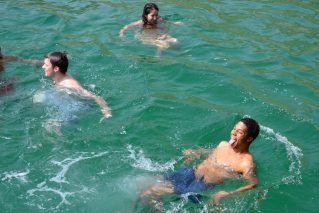 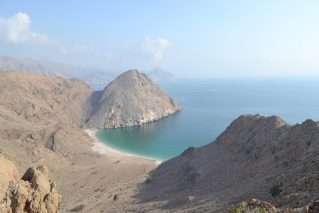 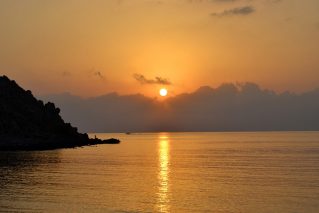