Trading in the city lights for stars and some traditional Bedouin culture, 130 NYU Abu Dhabi students recently packed their bags for a night of camping in the desert. The trip, which took place last weekend, included a variety of activities. The diversions, including camel rides and sand surfing, provided the perfect opportunity for the students to take a break from studying and let loose with their classmates.

But before they could saddle up on their camels, there was a traditional Arabic buffet to feast upon. Complete with different kinds of hummus and skewered meats, the dinner also offered entertainment: a belly dancer who took to the stage for a 20-minute show that included audience participation. Dancing followed, and then a campfire, over which the students roasted marshmallows for s'mores (an unknown treat for some).

For Dasha Karaulova, NYUAD Class of 2014, the best part of the night came after the sun went down. "I was looking forward to sleeping under the stars," she said. "It was breathtaking." While some students chose to stay in traditional Arab tents, others, like Karaulova, slept under the stars, or on top of a sand dune.

Rising with the sun the next morning, the students started the day with coffee and off-roading in SUVs to explore the sand dunes (a popular pastime known as dune bashing). "It was exhilarating," said Ty Karaba, NYUAD Class of 2014. "I had never done it before, but I can't wait to do it again next year."

The day's activities ended with sand soccer, American football, and volleyball, followed by a very sleepy journey back to Sama Tower. 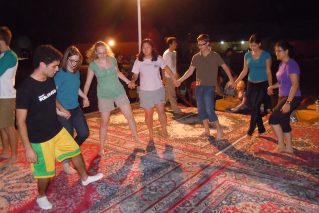 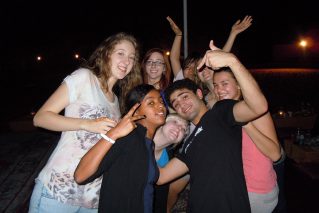 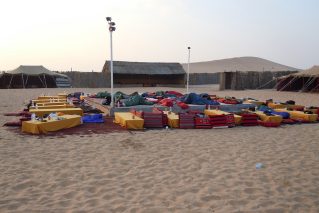 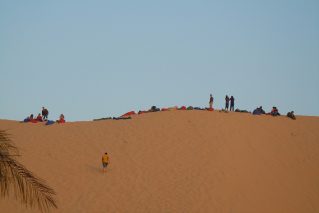 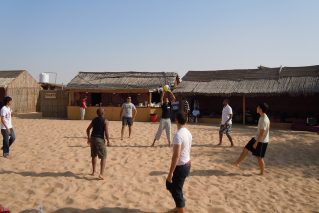 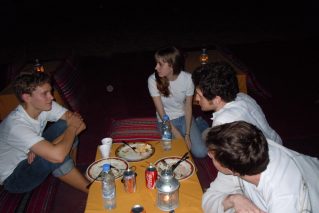