Tacked to the walls of Tarek Al-Ghoussein’s office at NYU Abu Dhabi are several large prints from an ongoing photo project that was inspired by a news story he read a few years ago about 214 islands in the emirate of Abu Dhabi.

The resulting photographs show the internationally renowned artist in the midst of a Socotra cormorant nesting site — a threatened species in the Gulf  region — the birds seemingly oblivious to his presence. A commission from the Abu Dhabi Music and Art Foundation made the first set of images in the series a possibility and he’s now looking for more support to visit all the islands to complete the project.

A significant feature of Al-Ghoussein’s work over the years has been the merger of landscapes, self-portraiture, and interaction with the spaces he’s photographed; a form of constructed imagery that enables him to direct the narrative.

“I enjoy exploring the line between what’s constructed, documentary, and portraiture. I try to do some form of intervention in the spaces I photograph. At least that was my working methodology before I started working on Al Sawaber,” he said.

Al Sawaber, his latest photography project, is a visual exploration of the eponymous public housing complex in Kuwait built by the government in the 1980s based on designs by famous Canadian architect Arthur Erickson. It provided free housing for low-income Kuwaiti families who later rented it out to expatriates.

Photographs and objects collected from an abandoned public housing project in Kuwait. 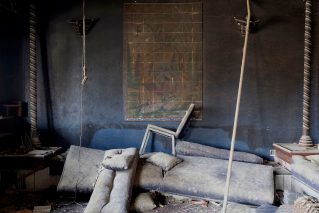 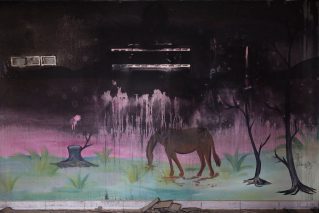 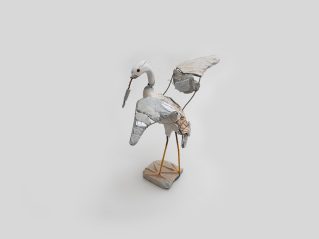 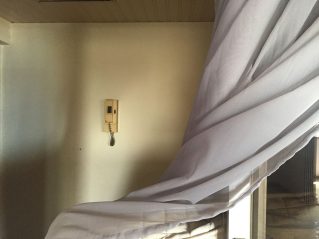 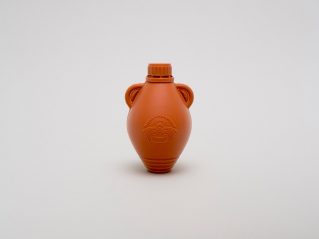 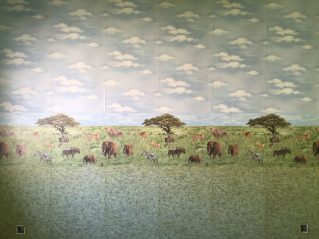 Over the decades, the complex fell into disarray prompting the government to order its evacuation two years ago. Al-Ghoussein visited the abandoned complex several times to document it and collected various objects that residents of many different nationalities had left behind (which would later form part of a larger catalog of found objects). The exhibition ran at The Third Line art gallery in Dubai from November 2017 to February 2018.

“Stickers plastered to the doors indicated that they were given three days to evacuate,” he said, “however people have been coming back two years later to move stuff out. What struck me most about the spaces was the various religions and nationalities that were harmoniously living together in such close proximity.”

Aside from actively seeking support to finish his project on the islands, Al-Ghoussein has been commissioned by Guggenheim Abu Dhabi to do a series of performance-based photographs on their planned site on Saadiyat Island.