Gamma ray spiders from outer space. Android apps that survey farms. Collaborations between human and non-human animals. The first annual NYU Abu Dhabi Research Conference showcased the diversity of academic work that is happening at the University by bringing together over 110 students and faculty from the Abu Dhabi and New York campuses. The three-day event featured talks, musical performances, and poster presentations.

NYUAD Provost Fabio Piano kicked off the conference by highlighting several of the school's successes from the past year. These included the winning of Rhodes and Falcon scholarships by undergraduates, major grants awarded to faculty members, and accolades received from literary journals for an NYUAD Institute project.

Piano noted that as the school grows so too does its academic output. In 2013, standing faculty published nearly 20 books and over 140 journal articles, participated in nearly 80 conferences, and applied for several patents.

Students experienced similar success by publishing and co-authoring papers that have appeared in leading journals, while members of the inaugural class have been accepted to top Ph.D., medical, and law programs.

Many of the panels featured research that is interdisciplinary in its approach. For example, Adam Ramey, NYUAD assistant professor of political science, fuses techniques pioneered by psychologists and computer scientists with his interest in legislative institutions. His talk, More than a Feeling: Social Media, Personality, and Voting in the US, argued that an analysis of American legislators' speeches and social media posts can provide insights about the legislators' personality, and that personality is closely tied to the way legislators behave in Congress. 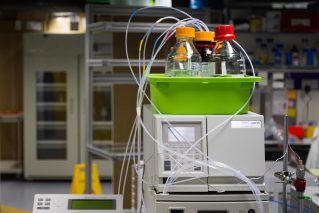 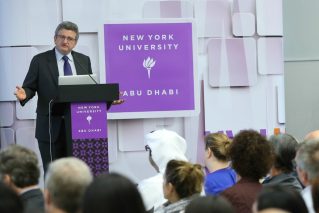 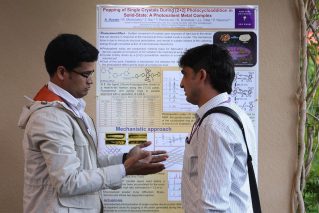 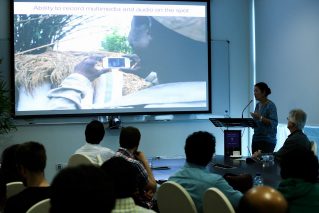 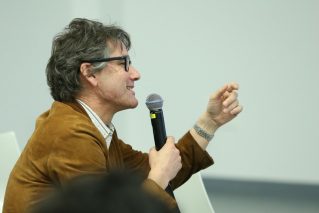 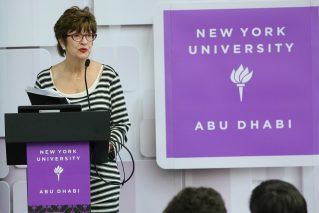 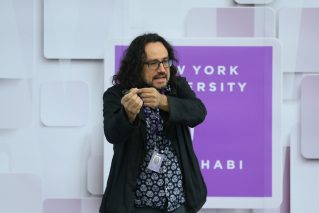 The panel "Text, Image, Music," chaired by Judith G. Miller, dean of arts and humanities at NYUAD, brought together academics from literature, film studies, visual arts, writing, and music. Shamoon Zamir, associate dean of arts and humanities and associate professor of literature and visual studies, discussed his current work on The Family of Man, a photography exhibit that was curated by the famous photographer Edward Steichen. First shown at the Museum of Modern Art in New York, the exhibit toured the world and was seen by over 9 million people.

On day one, David Holland, professor of mathematics and atmosphere-ocean science at NYUNY, chaired a panel that focused on the interaction between climate and sea-level change. Presenters included affiliates of the NYUAD Center for Global Sea-Level Change(CSLC), and Holland concluded the session with a talk that focused on research that was recently published in the journal Nature that considers how warming in the North Atlantic is tied to changes to the climate of far off Antarctica.

A panel on "Brain Science," chaired by Professor of Linguistics and Psychology Alec Marantz, highlighted the connection between the fields of biology and linguistics, while the "Genomics and Molecular Biology" panel, chaired by Associate Professor of Biology Kourosh Salehi-Ashtiani, featured an array of presentations from researchers who study algae, dates, human cells, and photoreactive chemical compounds.

"Future conferences will bring together even more students and faculty and will provide the local community with the opportunity to learn about the cutting-edge research that is happening here at NYUAD," said David McGlennon, vice provost, research administration and university partnerships.