Eighteen members of the Class of 2014 battled it out for top prize at a Battle of the Couples competition, held on Valentine's Day. The game, which was similar in style to the Newlywed Game, required each participant to pair up with a roommate or floormate and be quizzed about each other on stage in front of their peers. Despite meeting less than six months ago, contestants were expected to know a variety of personal details about their classmates, such as how they like their eggs and in what city they were born. The competitors — six female and three male pairs — were given only two strikes before they were eliminated, and the competition was intense. After one hour of play, only three teams were still standing, having answered questions such as "What is your partner's mother's full name?" and "What is the background on your partner's computer?"

In the end, it was roommates Meike Radler and Jessica Tattersall who turned out to know each other best. Jessica correctly stated that Meike would miss Diet Coke the most if stranded on a deserted island, and Meike knew how many shoes Jessica had brought to school with her. Their victory was well deserved, especially after prepping and quizzing each other for days before the event. Their big prize? A gift certificate to a restaurant in Abu Dhabi.

The 40-plus members of the audience also got to participate in the action by competing for "mini-prizes" by correctly answering questions about their Resident Advisors, who organized the event. Additionally, they helped to determine whether answers given by competitors were acceptable or not (misspellings of difficult names was deemed reasonable!). The night ended with people snacking on homemade chocolate chip cookies and preparing with their roommates for next year's battle. 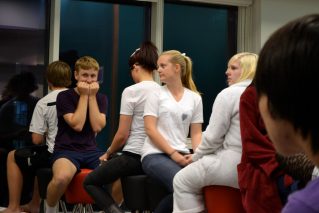 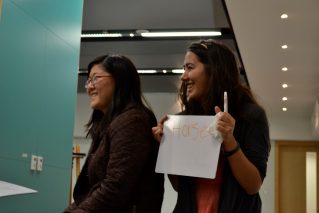 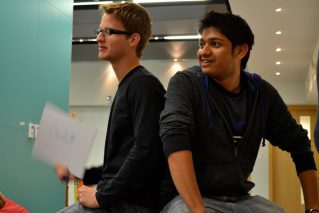 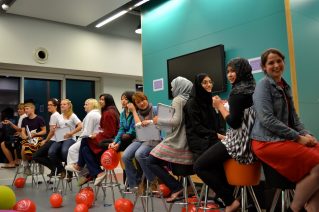