Sociologists and other researchers have moved to NYU Abu Dhabi from around the world to study other migrants.

It’s a timely subject: the International Organization for Migration’s latest figures show that more than 257 million people — 3.4 percent of humankind — have moved to a new country since birth. Not all of them left home willingly and many have nowhere to go; the world has almost 20 million refugees, the IOM says.

In migration research, from the Mediterranean to Myanmar to Mexico, academic rigor and ethical requirements intersect with natural human empathy. How do scholars navigate those challenges?

“There are a number of ethical issues involved in studying vulnerable groups,” such as involuntary migrants, says Social Research and Public Policy Professor Hannah Brückner. Refugees “can be vulnerable. They have fewer rights, fewer resources, often less education” than others.

Research on human subjects, in every discipline, occurs within a sturdy ethical framework. Like all universities, NYU Abu Dhabi uses an Institutional Review Board to measure the effect of projects on those being studied. Brückner says researchers “have to think about how to interact” with migrants, for example, “without engaging in coercion. This is not just a requirement, but also the spirit in which you want to do your research.”

But it’s not the only concern.

In addition, “we want to represent their voices accurately; that’s sometimes difficult if you come from a different place in the world and in society,” says Brückner. Her own work includes investigating, with Swethaa Ballakrishnen, NYU Abu Dhabi faculty fellow and socio-legal scholar, the effects of labor migration on gender inequality in Kerala, the Indian state of origin for many in the Gulf region’s migrant workforce.

We want to represent their voices accurately.

“This is at least my third major migration,” Cook-Martín continues, “and I come from a family that has migrated over generations. Empathy with people who have experienced migration can change the way you think conceptually about an issue.”

Even when he’s not examining migration policies at the national level, “the way I conceptualize issues is often driven by my experiences in talking to migrants.” He offers an example: “Currently in the US, a lot of scholars focus on the legal aspect of immigration policy but major policies are happening at the level of bureaucratic implementation.” Theory should be informed by real life events.

Empathy with people who have experienced migration can change the way you think conceptually about an issue.

Brückner notes that “recent events in my country of origin, Germany, and the US” have brought some “increased urgency” to migration studies. “The mission of NYU Abu Dhabi is to foster cosmopolitanism, tolerance, and diversity,” she says, “but what is happening in many places in the world seems to go in the other direction.”

Ballakrishnen, too, knows that her work is timely. “When I started grad school, studying South Asia or elite gendered hierarchies outside the global north was not traditional in a sociology department. But in the 15 years since, (now) everyone wants some piece of this.” She, too, takes her work personally: “It’s hard to do this research without feeling emotionally committed,” because “what I study is also my life … I study South Asian women, work, and power struggles.”

Anthropologist Nathalie Peutz, assistant professor and head of the Arab Crossroads Studies program, studies Yemeni migrant and refugee communities in Somaliland and Djibouti, and has worked on the Yemeni island of Socotra. For her, personal connection with the people she studies is “where my responsibility is.” Anthropology, she says “has long pointed out that we’re not just independent, objective observers.”

“I write articles, I get published (or not), I get promotions, based on what people share with me and their trust in me … but that doesn’t do anything for them,” Peutz says. Some of the Yemenis she speaks to “hear the word ‘article’ and imagine that their family stories will be on the front page of The New York Times and people will say ‘oh we’re so sorry, come to America.’ They don’t all understand what it means to have the article appear in an academic journal” or perhaps why it’s important. 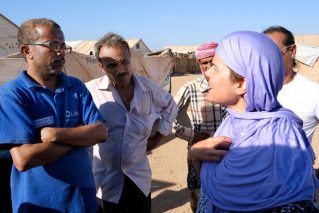 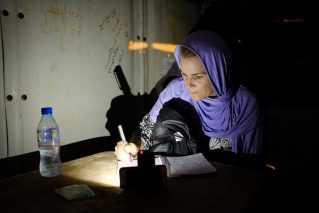 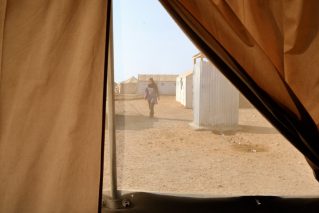 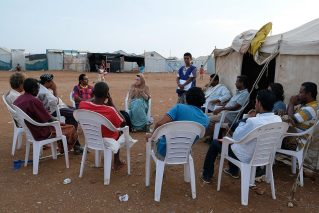 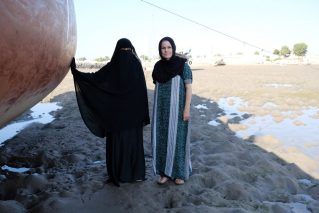 The more positive side, she says, “is the personal relationship. So, I feel obligated to be emotionally involved, emotionally present … to treat them as I would friends.”

And being in Abu Dhabi has made that possible, she adds. “As soon as I moved from the US to Abu Dhabi, I became comprehensible to my Socotran interlocutors in a different way. When I moved here my life made sense to them, because they have family members in the Gulf … I don’t want to say I’m like kin, but I have become a resource upon whom people can draw.”

In Yemeni culture, that’s normal, Peutz goes on. “I can’t help everyone financially” but “they’re never just subjects for me … Sometimes all I can do is say ‘what you’re going through is incredibly difficult and I’m witnessing it’ ... but I would not be able to keep doing this research if I didn’t feel that emotional connection.”

Growing Up Global Early-childhood experiences can prove to have life-long impact on the direction our lives take.
This is Us Together, we can gain better insight into human nature.
It's Who You Know It pays to know someone at the job you want.
We Built This City For millennia, cities have both lured and challenged humankind.
Return to Our Research