NYU Abu Dhabi’s Saadiyat Island campus is a pedestrian campus that combines traditional and modern architectural elements to reflect the University’s three identities: Abu Dhabi, New York, and the world. Designed by Rafael Viñoly Architects, the campus covers nearly 40 acres and promotes interaction between living and learning, research and teaching, and the disciplines, as well as faculty, students, and staff. 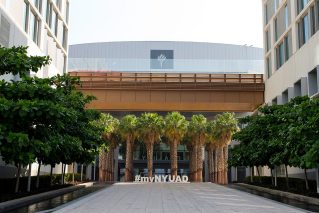 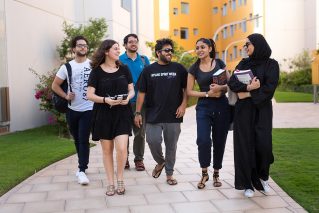 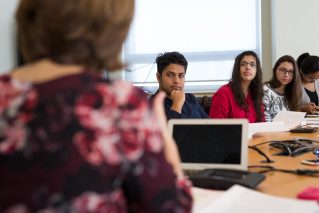 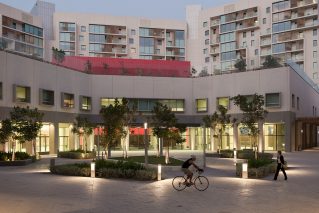 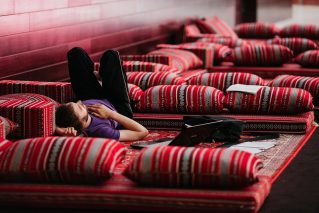 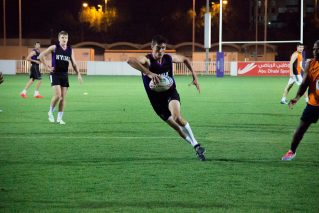 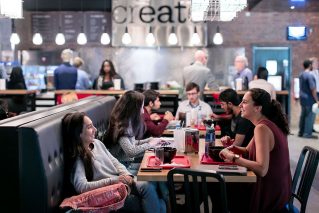 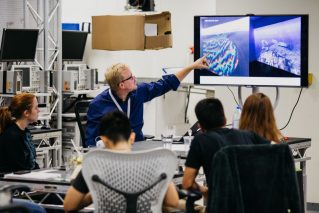 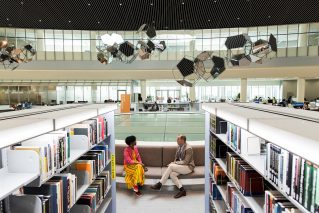 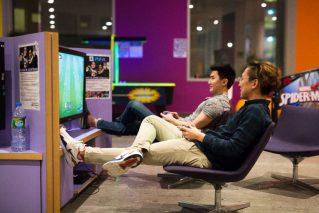 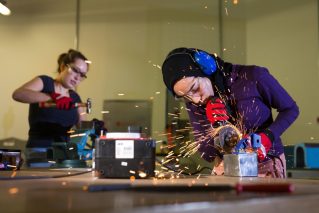 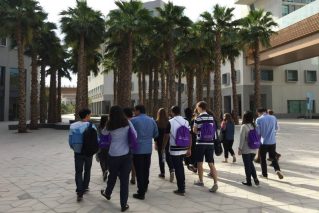 The arrangement of offices, the visibility across large areas and between indoors and outdoors, the connections between buildings so that none stand alone, the outdoor gathering spaces, and residential living are among the ways the campus’ design encourages this interaction.

The focal point of NYU Abu Dhabi, the building serves as a gathering point for the community and houses a range of spaces for student life, meeting rooms, lounges, informal study spaces, restaurants, and athletics facilities.

The Library is located at the top of Campus Center. Technologically sophisticated, flexible, and modern, the Library offers spaces for group interaction, individual study, and has a growing number of historic collections in English and Arabic.

Home of the NYUAD Institute, and where distinguished international thinkers come to exchange ideas and engage with the community. The building has a 300-seat lecture hall, 180-seat auditorium, meeting rooms, and spacious entrance lobby.

Located at the entrance to campus, the NYU Abu Dhabi Art Gallery is equipped for exhibitions in all media, allowing for experimental and traditional museum installations. The Art Gallery also presents works in The Project Space, located in the Arts Center.

December 9, 2021
The Central Campus Plaza has been named John E. Sexton Square, in recognition by Abu Dhabi of the foundational role of our NYU President Emeritus in the creation of NYUAD.

A plinth has been in stalled in the plaza bearing the inscription: “Dedicated to John E. Sexton, NYU President Emeritus, the pioneering educator whose vision for global education continues to inspire NYU Abu Dhabi.”